Wine educator, wine writer and ‘Legend of the Vine’ recipient

Clive Hartley has brought thirty years of experience in the wine and hospitality industries, both in the UK and Australia, to bear in educating and writing about his love of wine.

Clive initially entered a career in hotel management before branching off into restaurants and wine bars. Between 1983 and 1986 Clive jointly ran the award winning and famous Hoult’s Wine Bar in South London, as well as running the adjoining wholesale wine warehouse for two years. During this time Clive developed his love for wine and studied at the British Wine and Spirit Education Trust. Clive holds the WSET Diploma in Wines and Spirits.

Since settling in Australia in 1989 Clive continued to study and teach wine first at East Sydney College before being promoted to Senior Head Teacher in charge of Food and Beverage at the prestigious Ryde College, Sydney. He found time to pick up a Diploma in Teaching and Degree in Education as well has visiting all the major wine regions within Australia. He continues to travel extensively overseas and has visited wine estates in New Zealand, USA, Italy, Germany, Austria, Greece, Portugal, and of course France. 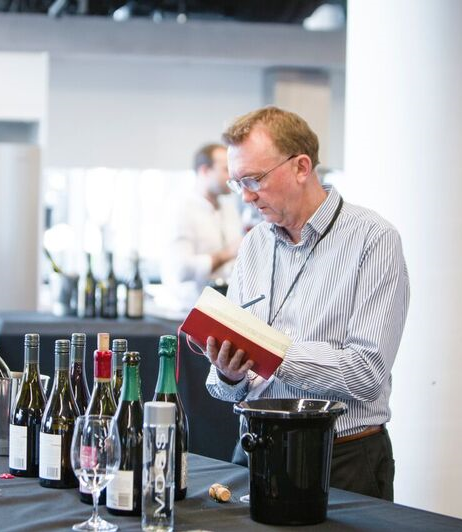 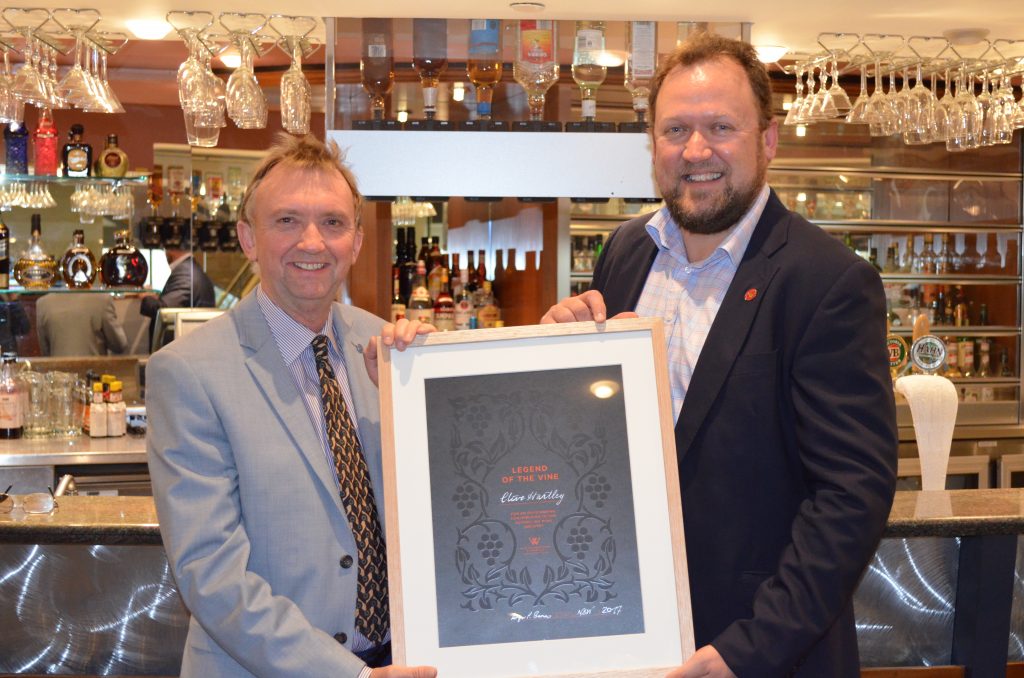 In 2008 Clive established the Sydney Wine Academy at Ryde College which is an approved program provider from the UK’s Wine and Spirit Education Trust (WSET). This charitable trust is the leading internationally recognised educational body established in over 50 countries world-wide. The Academy delivers a variety of Australian and overseas wine courses and provides corporate training around Australia. In 2010 he was instrumental in re-introducing the prestigious WSET Diploma in Wines and Spirits to Australia. In 2011 the Academy was awarded the Riedel Trophy for International Wine Educator of the Year. During this period, he acted as consultant to Sydney based Palm Beach Wine Co and imported wines from France and Italy.

In 2017 he became the only lecturer in Australia qualified to teach Greek Wines and introduced the World of Greek Wine Program to Australia. In the same year Clive won the NSW Legend of the Vine Award bestowed by Wine Communicators Australia.

“the Legend of the Vine Award recognises individuals who have made an outstanding contribution to the Australian Wine Industry and Clive Hartley is incredibly deserving of this honour” Angus Barnes National Chair, Wine Communicators Australia.

In 2019 he was asked to become a wine industry mentor to young communicators. He currently writes a regular ‘wine tutor’ column for Winestate Magazine and has appeared as a guest on the Food in Focus program on 89.7 Eastside FM radio as well as 2GB.

Clive is an Honorary Life member of the Australian Sommeliers Association and also an Honorary Life Member of Wine Communicators Australia, formally the NSW Wine Press Club. Both awarded to him for services to the industry. Clive has completed a number of projects and consulted to government bodies on wine related curriculum for Australia.

In 2021 he resigned from the TAFENSW and the Sydney Wine Academy to work freelance in the education, retail and wine industries.  He is currently writing the 7th edition of the Australian Wine Guide. Clive is available as a wine consultant, educator and technical writer under his business name – Premier Cru Hospitality Services.