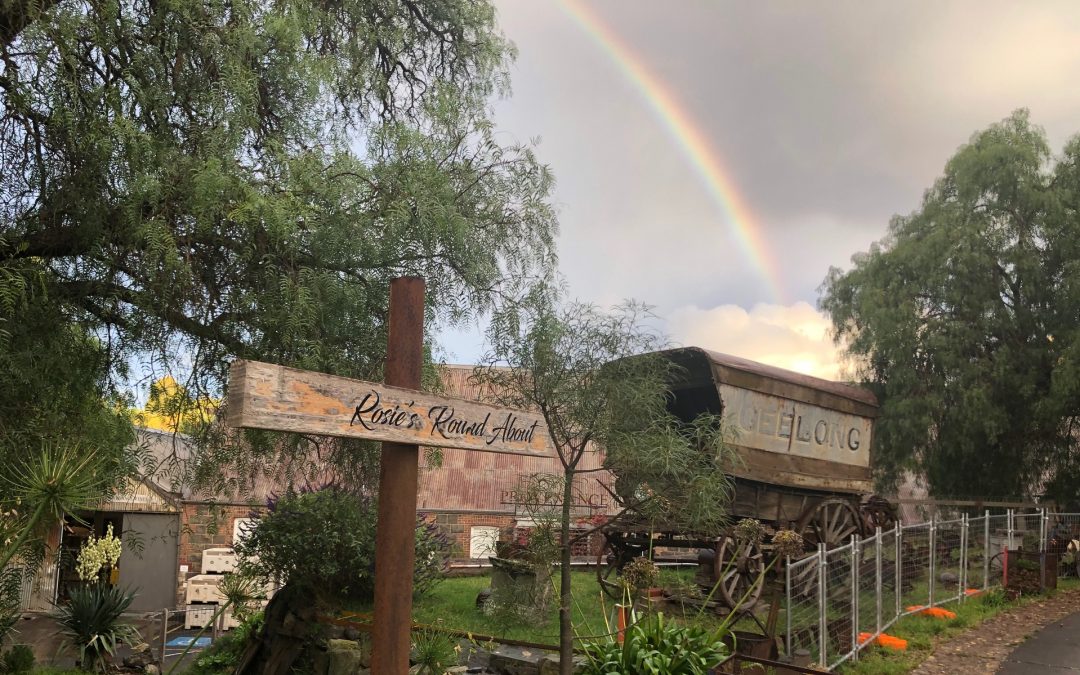 Positioned at the start of the Great Ocean Road the Geelong region is located west of Melbourne close to Port Phillip Bay and Bass Strait. The region has long been a popular tourist destination and has Melbourne’s second airport on its fringe. In the late 19th Century Geelong had a sizeable wine industry, mainly run by Swiss immigrants, but unfortunately became the site of the first outbreak of phylloxera in Australia. The government of the day took drastic action and eradicated all vines in the region. The rebirth of the district took place in the mid-1960s. The major sub-regions that make up Geelong are the Bellarine Peninsula, to the east of the city of Geelong, and the Moorabool Valley to the north-west. The region is spread out with a fifty-minute drive between each sub-region. A cool (MJT 19.5°C GDD 1467), bordering on warm climate, the area is strongly influenced by its windy coastal location, especially on the Bellarine Peninsula. It is a dry area relying on irrigation, especially on the Peninsula, which gets high grade recycled water pumped to the vineyards. it is also prone to frost, especially in the Moorabool Valley. Currently there are 466 hectares planted, 60 wineries and 40 cellar doors. Soils are shallow red-black sandy clay loam on the Peninsula and complex clay with limestone and some volcanic basalt in the Moorabool Valley.

REGIONAL STYLES Pinot Noir, Chardonnay, Shiraz and Pinot Gris are the major grapes grown in Geelong. Pinot dominates planting and can take on more earthy aromas with dark fruits, meaty, root vegetables in the Moorabool Valley and more brighter strawberry/cherry spectrum on the Bellarine Peninsula. Pepper and spice come out in Shiraz that can challenge Pinot Noir for the title of top wine in the district. Often only medium bodied, it is made in a northern Rhône style. Chardonnay is made in a traditional, rich, lees-driven style.
WINERIES Bannockburn Wines was established in 1974 by Stuart Hooper in the Moorabool Valley and is a notable producer of powerful, rich, complex Pinot Noir and Chardonnay, as well as an elegant Shiraz. Their 2021 Chardonnay has bags of richness and flavour but matched with some lemony acidity and was rated as Outstanding. 2021 was a cool year and this showed in their Pinot Noir which is in the meaty spectrum of style, and is made with mixture of clones. (MV6, 114,115). The 2018 Shiraz displayed some cool climate aromas of olives, white pepper and cured meats. Matt Holmes is the winemaker. Next door to Bannockburn is the Farr family vineyard which produces fruit for both the By Farr and Farr Rising labels. Nick Farr runs the operation, succeeding his legendary Geelong based winemaking father Gary Farr, who was previously winemaker at Bannockburn. We did try to visit By Farr but Nick had no wines to try at the time of our visit.
Staying in the Moorabool Valley and a little to the north of Bannockburn lies Clyde Park. Terry and Sue Jongebloed own the property and have built the vineyards, winery and restaurant up over a 25-year period. It is a tough site exposed to wind, hail and frost resulting in some low yields. Driving into a hidden valley, the vineyards run down vertiginous slopes to the Moorabool river and provide varying aspects which allows them to make excellent single block Pinot Noir (F Block 2020) Shiraz (E Block 2018) and Chardonnay (B3 2020). During our visit we had lunch at the popular Bistro, which is a great venue and has a good size menu including wood fired pizza.

Close by is Austin’s Wines who have a new cellar door and weekend kitchen. They run a program where you can rent a vine for a year to make your own wine under guidance from winemaker Dwayne Cunningham (see photo opposite). Dwayne was formerly winemaker at Paxton in the McLaren Vale. They have a solid range of wines as well as a popular second label called 6 ft 6. The pick was their wines was 2019 Chardonnay and just released 2021 Curated Riesling and 2020 Shiraz which is fermented in their concrete egg and spends time in Croatian oak.

On the road towards Ballarat, Lethbridge wines has an interesting past. Whilst the three partners in the business: Adrian Thomas, Maree Collis and Ray Nadeson selected the vineyard site on purely scientific principles they uncovered evidence of old fermenting vats from the 19th century and discovered it was a site of an old vineyard and winery dating back to before 1870. Lethbridge also have a weekend cellar door at their Hat Rock vineyard on the Bellarine Peninsula. We did try to make an appointment to taste their wines, but they were on a well deserved after vintage holiday and our email remained unanswered.

Within the Geelong suburb of Fyansford is Provenance Wines. Located in an old paper mill (see photo at start of the article) this urban winery is owned and run by winemakers Scott Ireland and Sam Vogel. They source grapes not only from Geelong but Ballarat, Macedon Ranges and Henty. At the cellar door you can compare these impressive wines paired with food. Their 2018 Henty Chardonnay and 2018 Pinot Noir were rated as highly recommended, whilst their 2018 Ironstone Shiraz was full of cool climate white pepper and cured meats and was Outstanding. It is a busy hospitality venue so check on line before going on what’s happening.
Moving to the Bellarine Peninsula, winemaker Robin Brockett at Scotchmans Hill has notched up over 30 vintages and is an expert on the region. They are the largest producer and have a scenic French Provincial style house which is home to the cellar door and classy bistro. Robin, supported by long standing Senior Winemaker Marcus Holt, produces a good range of Chardonnay, Pinot Noir and Shiraz under the Scotchmans Hills, Cornelius, and Swan Bay labels. Cornelius 2018 Pinot Gris, 2016 Sutton Chardonnay, 2020 Pinot Noir and 2016 Cornelius Spray Farm Syrah were the standout wines.

On a smaller scale, winemaker and owner Will Durham runs Bank’s Road Winery, but follows on the trend of this sub-region for producing solid, rich Chardonnay (2019) and fruit driven Will’s Selection Reserve Pinot Noir 2018 . He also produces an excellent Pinot Grigio and Gris as well as a Sauvignon Blanc (all 2021 vintage) that could challenge Marlborough any day for pungency and intensity. To compliment the wines there is a quality focused small grazing menu café on site. We had lunch here and the food was excellent.

Finally a note on some other wineries we didn’t get time to visit. Heading back toward Melbourne at Werribee Park lies Shadowfax Vineyard. An impressive winery that sources grapes from a number of regions including Little Hampton in the Macedon Range, Heathcote and Goulburn Valley. They run a casual restaurant at the cellar door. On the grounds is the 92-bedroom Mansion Hotel. Winemaker Alister Timms is winemaker. My thanks to Gage Rossiter who accompanied me on this trip and provided me with a value insight into the region.